"I don’t see what school finance has to do with equity."

At Allovue, we believe that Black Lives Matter. Our team is committed to anti-racism efforts in the workplace and through our work with resource equity. In this post penned by our Founder and CEO, Jess Gartner shares how our work connects to anti-racism as it relates to school funding.

“I don’t see what school finance has to do with equity.”

A school district CFO once said this in a meeting and it knocked me flat.

What does school finance have to do with equity? Only everything.

Historically, U.S. schools have been funded primarily by property taxes. And American property is deeply problematic. Funding schools with local property taxes is inherently inequitable: property-ownership and property values in the United States are rooted in nearly 300 years of violence, racism, segregation, and systematic denial of capital.

The whole concept of land-ownership in this country has a giant asterisk since the United States is founded on land-stealing and the forced removal of Native Americans through violence and trickery. This land was stolen and then cultivated with forced labor.

For 250 years of slavery in this country, Black people were treated as property – enriching white landowners at the expense and exploitation of of Black lives.

The Jim Crow era ushered in another ~100 years of segregation, violence, and oppression. The practice of redlining began in 1934 – the systemic denial of loans and insurance to keep Black people out of white neighborhoods. It’s pretty difficult to become a property-owner without a mortgage or insurance.

It wasn’t until 1965 that Brown v Board ruled racially segregated schools unconstitutional; it wasn’t until 1975 that the Home Mortgage Disclosure Act brought transparency and change to lending practices.

That is a grand total of 45-55 years out of the nation’s entire history during which people of color are not being formally denied access to owning property and attending schools.

The very word “property” in this country is inextricably tied to white supremacy and its myriad -isms.

I estimate that the disparities are much greater if we look at intradistrict allocation of dollars on a per-school basis. The new financial reporting regulations in ESSA aim to produce per-pupil spending data at the individual school level.

I am deeply concerned that this data will be imprecise and inaccurate for at least several years because antiquated accounting systems are not set up for this level of reporting. Retroactive, proxy attributions will likely continue to hide the true extent of inequities in funding across race and class lines for years to come.

For 300 years, the US has denied property and schooling to people of color, but to this day we perpetuate those injustices with the inequitable allocation of educational resources to Black, Hispanic, and low-income students.

States have tried to close these gaps with supplemental revenue, but nearly every state falls short of making up for the disproportionate benefits of communities with lucrative property-tax bases.

Collectively, our system of funding schools remains rooted in racism and white supremacy. We must dismantle this long history of property-segregation and wealth oppression to fix the most broken parts of our education system and society.

Earlier this week, EdBuild published a new report, Clean Slate, with a bold proposal to pool local revenue at county or state levels to mitigate the effects of gerrymandered school district lines and long history of racist policies.

It is a rather straightforward proposal that will likely still be deemed “politically infeasible” because of a vocal, politically-connected minority that has a death-grip on ill-begotten wealth.

The vast majority (69%) of students stand to gain resources from a wide-scale redistribution of school funding. And the country will collectively benefit from an education system that dismantles racist structures and works to elevate ALL students to their full potential.

That is what school finance has to do with equity, in a nutshell.

If you are interested in evaluating your district or state’s resource equity, Allovue can help. Visit this page to request free consulting support or contact our team at hello@allovue.com. 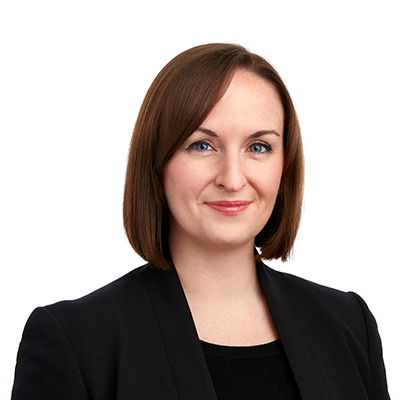 Jess Gartner is the founder and CEO of Allovue, where edtech meets fintech - #edfintech! Allovue was founded by educators, for educators. We combine powerful financial technology with education data, giving administrators the power to connect spending to student achievement. Jess has been featured as one of Forbes Magazine’s 30 Under 30 in Education (2015, 2016 All-Star), The Baltimore Sun’s Women to Watch (2013), and Baltimore Magazine’s 40 Under 40 (2013). In 2014, she was recognized as the Maryland Smart CEO Innovator of the Year in the Emerging Business category. Before founding Allovue, Jess studied education policy at the University of Pennsylvania and taught in schools around the world, including Thailand, South Africa, Philadelphia, and Baltimore. She taught middle school humanities in Baltimore City and received her M.A. in teaching from Johns Hopkins University.